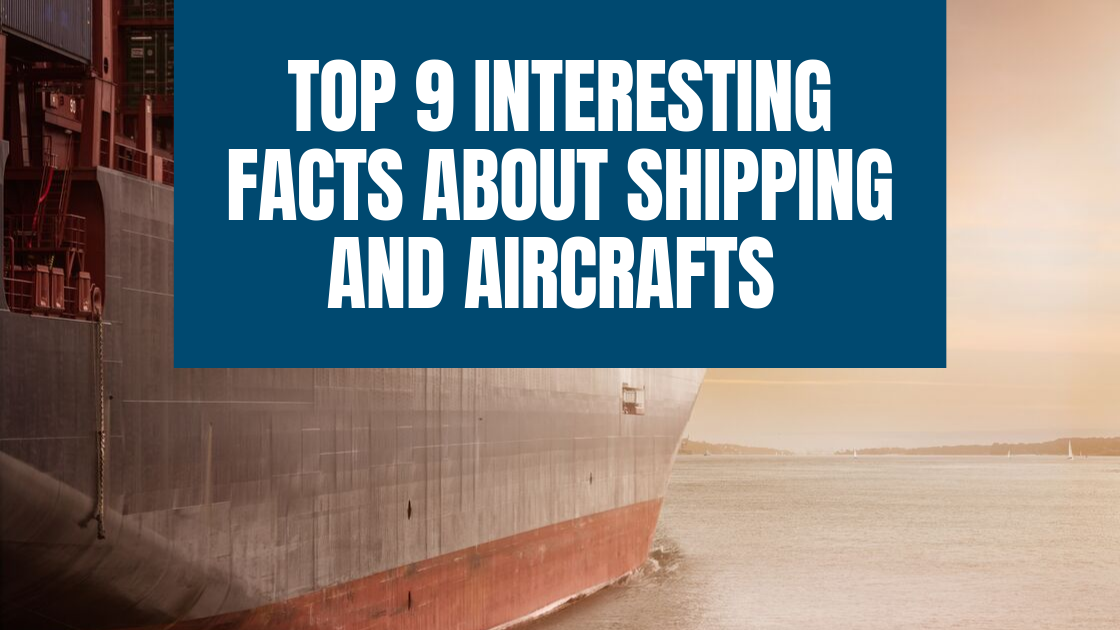 Shipping and aviation industries have been around for a very long time, with shipping being one of the oldest and most important industries in the world. With this, there are a lot of interesting facts about ships and aeroplanes from over the years that you may not know.

Take a look through our list of the most interesting and fun facts below.

A Boeing 747 plane is made up of six million parts

A Boeing 747 is one of the most well known and commonly used planes in the world and is made up of a huge six million parts! One of the main parts is the engine, which weighs 9500 lbs.

Planes are painted white for a reason

The majority of planes are painted white, but tend to add colours and branding to stand out. However, the white paint is actually used for a few reasons:

KLM Royal Dutch is the world’s oldest airline, opening in 1919 and the first flight took place in 1920 from Croydon Airport to Amsterdam.. The airline now flies to 145 destinations worldwide and celebrated its 100th birthday this year.

Pilots and their co-pilots are required to eat different meals from each other for safety reasons. This is to ensure that if one of them happened to get food poisoning from the food they ate, the other would be ok to fly the plane safely.

The largest ship is 1504 feet long

The world’s largest ship is an oil tanker originally known as ‘Seawise Giant’ and is 1504 feet long, 225 feet wide, which is longer than the height of some of the world’s tallest buildings.

The largest container ship in the world is the MSC Gülsün, which is 1312 feet long, longer than 36 London buses! It can carry 23,576 standard 20ft shipping containers, which means it can transport 223 million bananas in just one trip!

There are approximately 20 million shipping containers travelling across the sea to their destination at any one time. They can be transporting anything from food and drink, to cars and electronics.

The majority of goods are transported by ship

It’s estimated that around 90% of all goods are transported by ship. This is because it’s one of the cheapest ways to send a large quantity of goods across the world and is far more environmentally friendly than sending goods by plane.

On average, the engines used on container ships are around 100,000hp, which is about 1000 times more power than the typical family car!

Container ships travel all over the world delivering goods for customers. With that said, it’s estimated that on average in one year, a container ship travels a large distance that is equivalent to travelling 75% of the way to the moon and back!

With over 30 years’ experience in the logistics industry, we have a wealth of knowledge to help you get your goods from A to B, whether it be by plane or by ship.

Get in touch with us if you would like to find out more about how we can help you with your logistics.