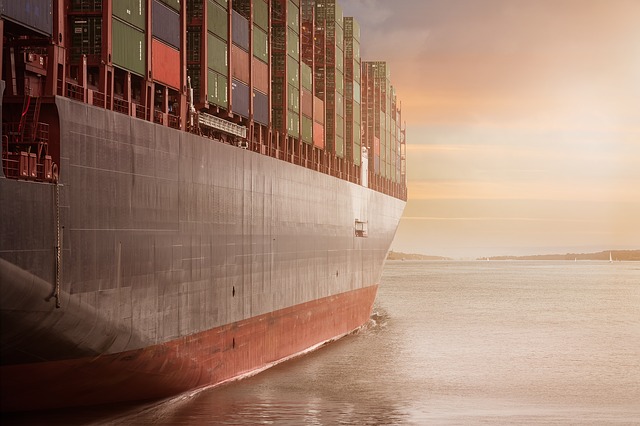 This week, for example, we were asked to handle the UK Customs clearance and final delivery of a relatively small shipment (5.5 cbm) of garments from the Far East. The client had been offered purchase terms of CIF Felixstowe by their supplier. So the cost of handling, export documents and ocean freight had been included in the purchase order. What’s not to like, with everything up to arrival in the UK all included?

The stark truth hit home when the importer was faced with UK charges exceeding £1200.00, imposed by the carrier chosen by the supplier. If the client had shipped the same consignment with Seaspace, the charges would have been less than 30% of this!

Well, it’s not because we’re running some enticing special offer or BOGOF.

It’s easy to be fooled when you’re offered ridiculously cheap freight rates under CIF (Cost, Insurance & Freight) terms. More often than not, these deals are simply disguising inflated costs that will hit you at the end of your shipment’s journey, meaning you end up paying a lot more than you actually should.

Don’t get sucked in!

If you’re importing LCL (Less than Container Load) from the Far East and China, for example, you may be attracted to what are ultimately misleading freight rates. Remember, very little in life is free and in business there is often a catch later on down the line. Everyone wants and needs to make money so you should be wary of any supplier who offers to ship commodities at no cost.

Once you’ve committed to CIF terms you’re also committed to the charges that ultimately accrue.  Your goods are effectively held to ransom if you don’t pay the final destination invoice. Have you heard of China Import Service or Currency Exchange Fees? Both of these are incentive charges that will be imposed as ‘compensation’ once your shipment lands at its destination whether that is Southampton, Felixstowe or any other European port. Even regular charges such as Terminal Handling are inflated above reason but are completely legal. It’s a bear trap.

How can I avoid it?

Avoiding being hit by hidden charges and last minute costs is simple. If you’re offered free shipping, under CIF terms, we would strongly advise you to ask the supplier to confirm the UK destination costs. Then ask them to give you a price for their product under EXW (Ex-Works) or FOB (Free On Board) terms. With both answers in hand, then ask a reputable UK forwarder to provide a quote based on EXW or FOB terms. With this quote in hand you can do the maths and make an informed decision on who should be entrusted with shipping your order

Much like you might compare the price of your supermarket shop or an item you’re ordering on Amazon; there’s absolutely nothing wrong with scoping the market and sussing out who is going to give you the best offer and service.

Seaspace International will always offer you sensible, up-front and open freight rates and will endeavour to provide you with a realistic, competitive price. Our team of dedicated, expert staff pride themselves in giving simple and clear information on UK handling, clearance and delivery charges, so you can rest assured you won’t been taken for an unexpected ride!